Harnessing the power of ritual in the remote world 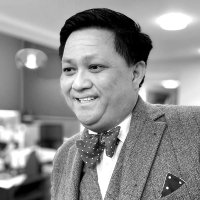 I recently heard someone say that you can’t build culture through a screen. But that just doesn’t sit right with me. I think statements like this say more about what people think culture is, rather than any wisdom or truth.

Instead, I’d say organisational culture and values haven’t gone away because of the pandemic, but they have been tested and stretched, revealing some of the gaps and tensions between what we want to be and what we are.

While the remote revolution has brought its ups and downs with new ways of working, it hasn’t decimated the power of the ritual, with its ability to bond and build cohesion. Similar to every other cultural element, rituals haven’t disappeared in the virtual world, but they have shifted as people find new ways of building and cementing connection.

Rituals are a vital dimension of your culture. They reveal both what your organisation strives to be and what it actually is. For example, Dropbox famously sends new recruits a build-your-own-cupcake kit to share and embody its core values. Starbucks has new hires taste coffee with their managers. Other companies find creative ways to publicly celebrate wins or colleagues’ success.

These moments are laden with the values and ideals of the organisation. Rituals can be a means of building transparency – for example, through business updates – or they can be used to build and solidify the team, perhaps via regular team lunches.

These acts signal how things are done around here and what’s important. They send the message to new hires while re-affirming those values to the veterans. They’re also a powerful way for new starters to learn social roles and practical hierarchies.

Rituals take high-level ideals and turn them into something felt and experienced. They’re a powerful way to put your values into practice in a memorable way, setting the tone for interactions with colleagues, customers and other stakeholders.

What makes a ritual?

Making ritual work for you

As we live our lives on those little boxes on Zoom, ritual can be useful to rally people together to help them feel more connected to both each other and the organisation.

Here are some questions to get you thinking about the power of ritual in your organisation:

Do these issues sound familiar? Get in touch and let’s have a chat. At scarlettabbott, we use our scientific and practical expertise in understanding and diagnosing culture to help you leverage it and make it work for your people.