How can employers support an older workforce? A conversation with The Centre for Ageing Better.

As part of our 2020 World Changers report this year, we discussed older employees in ‘9 – 5 until 95’, a look at the risks and opportunities an ageing workforce represents to businesses, with advice for internal communications teams.

The focus is often on attracting and serving the needs of the millennial and Gen Z employee, but as people stay in work longer and the generation and skills gaps increase, we’re asking how leaders should prepare for the impact on their businesses and how can they best support older employees in the workforce.

With the Centre for Ageing Better reporting that 80% of UK businesses haven’t discussed the ageing workforce in any strategic manner, there’s clearly a danger of missing opportunities. But how can we drive change? We spoke with Dr Emily Andrews, Senior Evidence Manager, to unearth the facts and find out what businesses can do better. Please note, this interview was conducted prior to the covid-19 pandemic.

“The older workforce is here right now – and growing much more quickly than younger workers. For businesses, this represents a great opportunity; partly because teams that bring younger and older workers together can lift everyone’s productivity.”

Dr Emily Andrews’s positivity is infectious – and it’s by no means just blind optimism. Studies and statistics back up the growing importance of older workers, despite so much popular chatter focusing on millennials and Gen Z.

Today, nearly one in three workers in the UK is aged 50 or over. And between now and 2025, almost half a million more workers in that age group are set to come into the labour market, compared to only 21,000 additional under 25s.

Examples of sectors that are embracing the trend – and taking advantage of its plus points – are perhaps surprising at first glance.

“We’ve seen some good practice in construction, when it comes to adapting roles to keep people in work,” said Emily. “That’s because of the real potential for a skills gap. It’s something we see in engineering and similar sectors too, where the prospect of the older generation retiring before the younger generation is trained up, flags up a potential problem.

“So although jobs involving physical labour are likely to be difficult for people as they get older, I’ve spoken to construction firms working really hard to adapt roles. They’re moving people into more managerial positions, or training and support roles, so they can keep those skills in the business.”

The technology industry is another that has potential to capitalise on the benefits of an older workforce.

“The perception is that tech is full of young ‘uns,” said Emily, “But actually more than two thirds of the people who work in tech in the UK are over 35.

“That’s not to say there isn’t age discrimination in the sector – there definitely is. One survey that found two in five IT and tech workers claim to have witnessed it in their workplace – that’s really quite high. But there’s a looming skills gap and retaining people is going to be extremely important.”

Aside from knowledge-sharing, older workforces can spark improved problem-solving and better customer service.

“One thing that hasn’t been empirically proven but is certainly sensed to be true – and shown to be true in other areas – is the business advantage of having an age profile in your workforce that matches the age profile of your customer base.”

While companies that neglect the needs of older workers are missing out on the potential benefits, Emily believes there’s an even simpler reason to get on board.

“With the government’s immigration plan making it clear there’s a move away from using cheap migrant labour, employers are going to have to take advantage of the workforce that’s here.”

This could be good news for a group known as the ‘missing million’. Today the figure is a little less than a million – closer to 820,000 – but it’s a useful shorthand for people in their 50s and 60s who would like to be in work but aren’t.

“The biggest driver of older people being unable to get into work is health, followed by having a caring responsibility,” explained Emily. “But there’s another big group of people who don’t claim one of those problems as the reason they’re not in the workforce. It’s simply that they don’t have a job and they can’t get one. And we know that employment support programmes generally serve this age group very poorly.”

The ripple effect of not being able to find suitable work goes a long way. As well as a lack of financial security today, the missing million are also facing problems in the future because if they’re not working, they’re not paying into their pension. And that’s without considering the impact on their social connectedness and health.

So what should employers do to attract and retain older workers, including this untapped resource of people?

“We’ve put together our Age-friendly Five; tips to help employers focus on five key things. Flexibility is a big one – for example around half the population will go through menopause at work and employers are only now starting to catch up. Women going through this might need only very small adjustments, but they should feel comfortable about accessing them.

“Currently, people have the right to request flexible working after six months. The government is consulting on getting rid of that six-month wait, which is great, but there’s also a big difference between having the right to ask for something and feeling – or actually knowing – that they can. Plus there’s work to be done on empowering line managers with the skills to make flexibility work. We’re planning to put out some guidelines on this later in the year.”

Emily’s at pains to point out that a one-size-fits-all approach won’t work here. Gender, sexuality and skills all play into age discrimination – just witness the difference between a stereotypical older, male senior leader, revered for his experience and gravitas in the boardroom, versus his equivalent on the shop floor.

“There’s discrimination around income level and qualifications. And the gender pay gap really persists too, creating a pensions gap.”

This problem could be helped by ongoing developmental work – continuing to train people as they get older, particularly with the state pension age likely to rise even higher.

“We take ourselves with us as we age. We remain ourselves in all of our diversity and difference. One of the things that’s really important is that we don’t lose that individual approach to our working life and careers as we get older.”

So, what can IC teams do today, to create a better tomorrow for older workers?

“Emily raises some very important points leaders should pay attention to”, says Russell Norton, head of client experience. “So much is written about the needs of millennials, but it’s only when we consider the skills, ambitions and needs of all generations within our workforces that we can truly empower everyone to give their all to the task at hand. Ignore older generations at your peril – now is the time to have the conversation.”

Our thanks to Dr Emily Andrews for sharing her insights. ‘9-5 until 95’, and nine other key workplace topics for leaders and employers, can be found in our 2020 World Changers report. 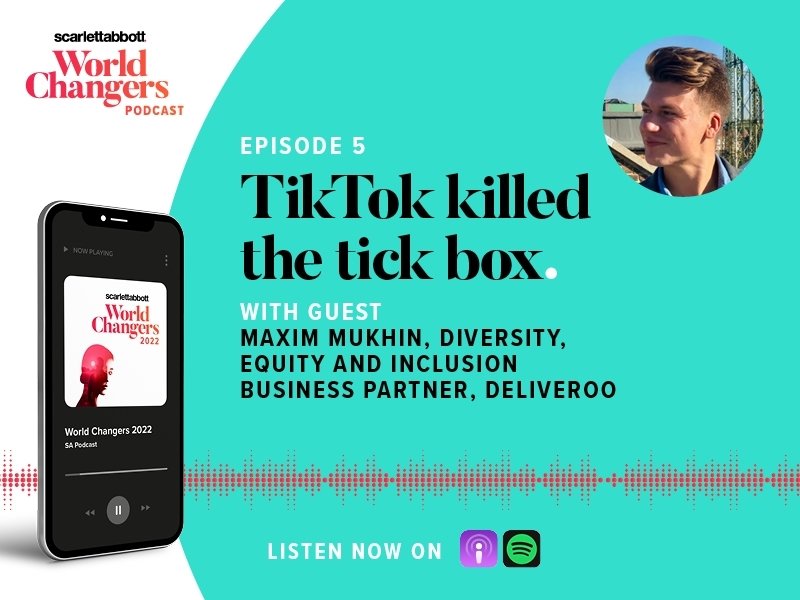 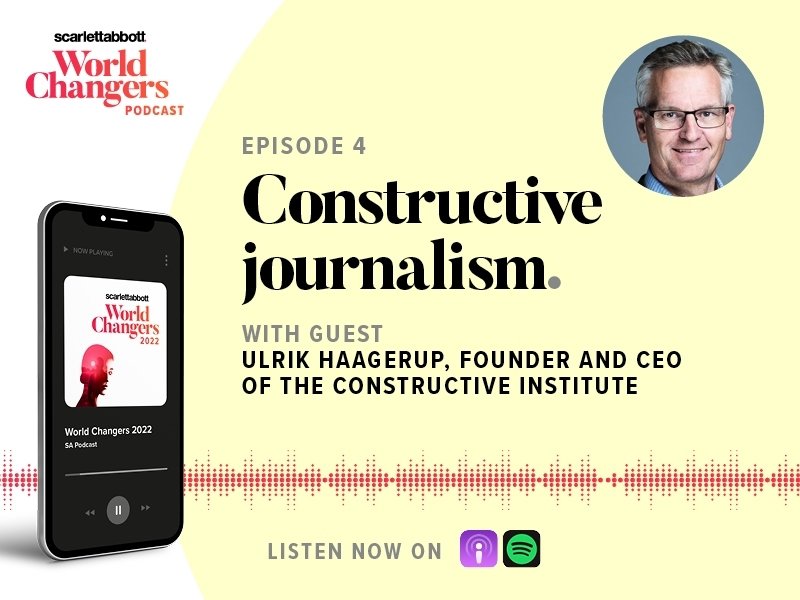 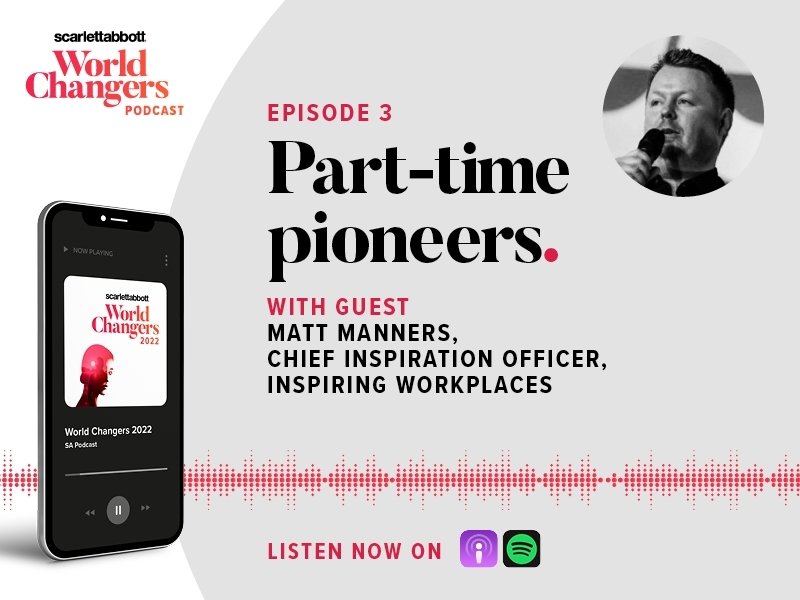