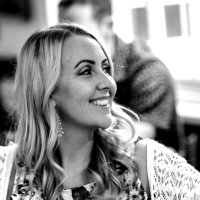 If 2020 has shown us anything, it’s that when there’s no choice, we change. Overnight our offices shut, colleagues became furloughed and streets and tubes were left empty without the usual commuter buzz.

Yet throughout this change, colleagues have highlighted the benefits to their work/life balance, and companies have seen the strength of their team and technologies.

But the question is: what was stopping business leaders and CEOs from making those types of changes before they were forced to?

Behavioural scientists know that one of the most tried-and-true ways to get people to act is by removing choice from the equation via ‘defaults’ – pre-selected actions that go into effect if a user chooses to do nothing. Covid-19 removed the choice out of change and the entire world and business leaders had to act fast. There were no bloated agendas at board meetings to discuss the option of office closures, homeworking and travel bans. Those decisions had to happen overnight.

To some businesses, home working was already ‘how we do things around here.’ To others, it was a taboo topic and revealed some serious organisational trust issues.

While some employees have struggled with the lack of day-to-day colleague contact and other issues caused by homeworking, many have rejoiced at the removal of the daily commute and the chance to spend more time at home and with family.

Statistics gathered by finder.com revealed that many employees also felt more productive working from home, with around 83% claiming not to need an office environment to be productive and two-thirds of remote workers reporting increased productivity compared to their office-based colleagues. Employees could also enjoy saving an average of £44.78 per week without the regular lunches and travel expenses incurred from commuting to an office.

Beyond this, excellent modern-day communication tools such as Teams and Zoom have made meetings easy and many employees have spent more ‘virtual’ face-to-face time with remote colleagues, suppliers and clients than they had done before. Travel bans and use of meeting technology have proved that someone from Edinburgh doesn’t need to jump on a train or use an overnight hotel to attend a one-hour meeting, having huge cost savings to business as well as environmental benefits.

Companies can no longer use the old arguments of ‘we must be in the office to get the job done’ as that concept has been thoroughly disproved. Now that they’ve had a taste of what could be, employees will demand more flexibility after adapting to new ways of working so quickly.

As we look into the future, will leaders be emboldened by their successes and embrace the ease of change? Will those who don’t get left behind? And if that’s the case, what is the consequence?

How is your business learning from the power of change and embracing this in our new world of work? We’d love to hear from people at all levels on how it’s felt, what businesses have got right and wrong – and how far there is still to go. Get in touch