Expectation vs. Reality – how do we achieve the workplace culture we want? 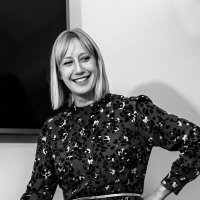 Culture. It’s one of those nebulous words isn’t it? You know, the ones that have been so overused that we can’t even remember what it actually means… like bae. Or literally. I literally have no idea what bae means.

But as workplace culture climbs higher up the c-level agenda – Gartner reports that CEOs mentioned culture 7% more during earnings calls in 2016 than in 2010 – crafting a culture that fits who you are as an organisation is a non-negotiable.

So why are we still seeing such disconnect when it comes to culture? Gartner also reports that companies spend on average $2000 per employee annually on efforts to improve culture, but only 30% report a good return on that investment.

The challenge is simple: we need to focus our efforts less on defining what the culture should be and more on figuring out how to get there. We need to create better alignment between our expectations and our reality.

When a new CEO joins an organisation, or an organisation undergoes significant change, a redefining of culture is usually at the top of the list. As a result, these cultural aspirations come from the top and are given to people as a finished product.

When you look at the disparities between leadership cultural aspirations and how people actually feel, you can see this very rarely yields positive results. 69% of people don’t believe cultural goals, 87% don’t understand them and a whopping 90% don’t behave in ways that align with them.

Your people are the ones who need to live your culture every day, so give them a voice and allow them to shape your cultural aspirations. Involve them and they are much more likely to get on board from the start.

Because culture can feel quite intangible, organisations rely on the good old employee survey and HR data points, such as turnover rates, as an indication of culture and morale. This often provides false comfort and tends to be sanitised as it heads up to the c-level.

That’s not to say data isn’t important. But it’s one part of the complex picture. Focus on what your people are saying rather than how they’re responding. Look at open text responses, focus groups, anecdotal feedback. Basically, talk to them. It’s a much better indicator of how they really feel.

A natural consequence of inviting your people to define your culture is the volunteering of unfiltered, somewhat difficult-to-hear feedback about what it’s really like to work at your organisation.

So use it in the right way. Create a forum for your people to share their views with senior leaders. And then make sure those leaders act on what they hear.

In doing so, you’re halfway there to creating a more open and honest environment in the long term.

Say what you mean

Like the word ‘culture’ we tend to use generic, over-prescribed words such as ‘innovative’ or ‘collaborative’ to describe our cultural aspirations. In a business context these words could really mean anything, and so have very little impact. Often, they are very much at odds with how the organisation operates – a say/do gap.

Rather than articulate cultural aspirations, we should illustrate cultural tensions – the intersection of the ideal and the present. Recognising tensions and giving people guidance on how to navigate them – the tension between innovation and risk, as an example – avoids disillusionment with cultural aspirations and can put a stop to any anti-behaviours that could arise.

Make it part of the day job

If an organisation that espouses a ‘collaborative culture’ still uses a forced-curve performance system (a % of employees must receive low marks) then you automatically create an environment where people compete instead of work together.

Organisations need to put their money where their mouth is and align what they say, how they behave AND how they operate to see true cultural change.

We talk about symbols of change a lot – again, another one of those nebulous terms – but staying true to the operative component of culture change shows your people you mean business.

So what do we change to transform a culture? Large organisations might shy away from enterprise-wide changes to systems or processes that can set the right tone, instead preferring to look at small, incremental changes at a business-unit or function level.

But tackling culture change at an enterprise level gives you those visible symbols of change we mentioned and sets the right tone from the start.