Death, vampires and coping with change 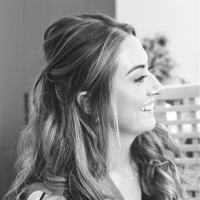 What science fact and fiction tells us about effective change communication

Back in 1969, psychiatrist Dr. Elisabeth Kübler-Ross laid out a psychological model for the stages of extreme change in her book On Death and Dying. As a pioneer in near-death studies, her focus was how people came to terms with their own (and their loved ones’) mortality.

Since then, the terms ‘change curve’ and ‘stages of grief’ have moved into organisational culture. From the early 1980s, the ‘change curve’ has been used as a tool to help managers and internal communications professionals map their audience’s journey and understand their needs along the way. As people’s responses to change vary, so does the complexity of the model used, but broadly speaking, the stages Kübler-Ross identified are:

Interestingly, the ‘coping with change’ narrative also frequently features in fiction. A powerful illustration of the stages of response to extreme change can be found in Richard Matheson’s I Am Legend. I Am Legend tells the story of Robert Neville, apparently the last survivor of an apocalyptic virus that has transformed the rest of the population into nocturnal, vampiric creatures.

The novel is divided into chapters of events taking place several months apart, with the protagonist travelling through shock and denial, anger and violence towards the vampires, bargaining as he tries to find ways to live with his situation, but lapsing into depression. Surprisingly, this seminal work of science fiction was first published in 1954, 15 years before Kübler-Ross’s On Death and Dying. The story of someone struggling to come to terms with a major change in his or her life appears universal.

The curve model can be applied to most situations where change has a strong emotional impact on people – and we know that major business changes are one of the major influences on emotional anxiety among employees.

As internal communications professionals, we need to understand and assist people through any change that comes their way. We have a role to help them come to terms and in the process, perhaps even win them over as advocates for a new structure or way of doing things.

"Those who learned to know death rather than to fear and fight it, become our teachers about life."